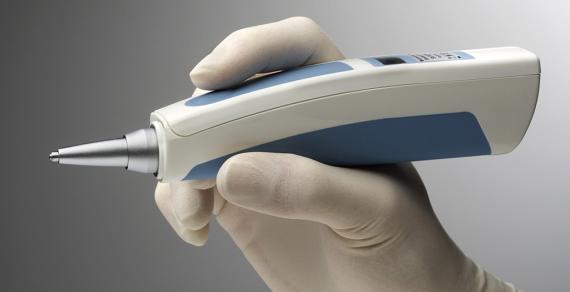 The Periotest is the instrument most commonly used for measuring osseointegration in dental implants. The Periotest can be employed at all stages of implantological treatment – from primary stability testing, through the healing period, and right up to the finished prosthetic. It is this ability to measure the finished crown that is of particular value. According to reports, every tenth implant is susceptible to periimplantitis 15 years at the latest following its original insertion. By conducting continuous tests with the Periotest, it is possible to detect and treat this condition at an early stage.

For wireless osseointegration measurements on dental implants. Thanks to its wireless design, the user can now benefit from a maximum freedom of movement. It is no longer necessary to provide a surface for apparatus in the vicinity of the patient. The device’s internal lithium-ion battery is simply recharged in the base unit provided, just like a cordless phone. What many implantologists are looking for is a simple and quick method of gaining an objective statement as to whether the implants they have made have become well osseointegrated and can be loaded. With the Periotest M, we have developed a device that is able to fulfill these requirements, and which can be seamlessly incorporated into the workflow of any dental practice.

Periotest is a device to measure the initial stability of dental implants. 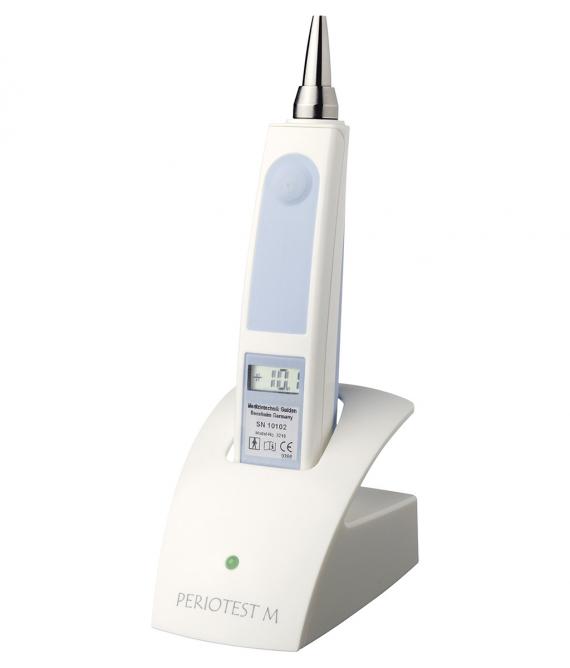